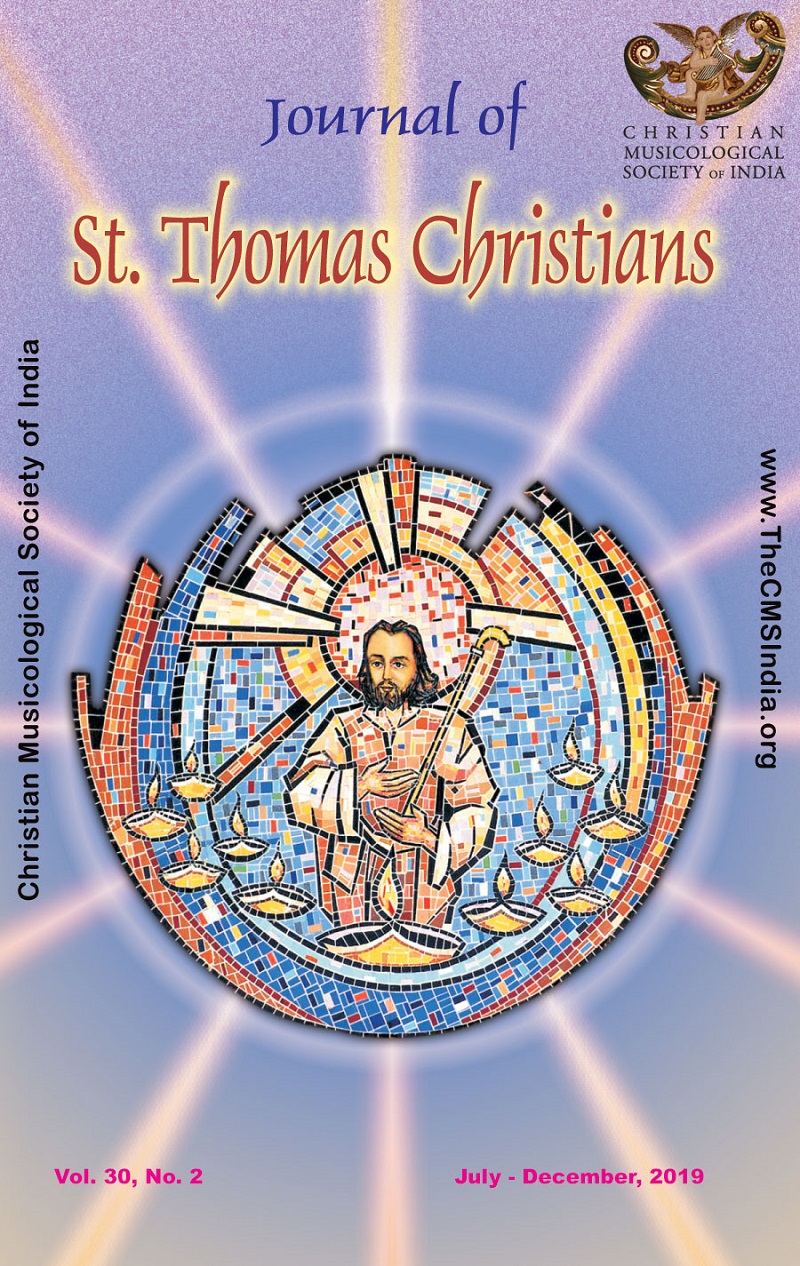 The modern fickle world is constantly moving towards 'inventions of attraction'. Experts of all walks of life are experimenting to inven things and ideas that please the modern world. One can find drastic changes in science and technology, politics, education, business and management, etc., within a few decades. These changes have obviously helped the human family in various ways, especially to have a better living; however, 'the inventions of attraction' have also caused damages to societies, cultures and world at large. ............... More

1. The Syriac Heritage of the Syro-Malabar Church: An Essential Component of the Cultural Fabric of India

The Syriac heritage of the Syro Malabar Church is an integral part of the cultural treasures of India and the world. The Syro Malabar Church (about 4 million members) is the largest among the eight churches of the St. Thomas Christians, who were evangelized by the missionary endeavors of the Aramaic-speaking Apostle Thomas. From early on, the Aramaic (Syriac) language and music played a significant role in the experience of the Christian faith in India. In spite of the challenges from Portuguese missionaries in the sixteenth century, the Syro Malabar Christians zealously cherished and preserved the Syriac tradition. In the following centuries, they also adopted many liturgical practices from the Roman rite by translating the respective Latin texts into Syriac, and composing them anew in Kerala, thereby adding another layer to the already vast Syriac chant repertory. .................. More

2. East Syrian Marriage as Celebration of Shawtaputha or Communion

The celebration of marriage is of great theological significance in the East Syrian tradition. The East Syrian tradition largely makes use of the nuptial imagery in its liturgy and theology.1 There is a liturgical season, namely the season of the Dedication of the Church, which celebrates the eschatological union of Christ the bridegroom and His bride, the Church. The prayers proper to this season employ in detail many of the concepts related to the marriage. The aspect of communion is the ground on which Christ's union with the Church is compared with the marriage, and marriage is compared with the union of Christ and the Church. This paper is an attempt to examine the East Syrian Marriage as the celebration of communion. We may base our study on the different modes of celebration in Mesopotamia (in the Chaldean and Assyrian Church) and in India. ............. More

Mar Chandy Parambil of Kuravilangad is the first native of Malabar to become bishop of the St. Thomas Christians. We do not have much information about his early life. Mar Chandy belonged to the Parambil family at Kuravilangad. One Kuriakose Parambil married into Kudukkassery family. The son born to the couple later became the bishop Chandy. He was born in Muttuchira. As a priest, he was the Vicar of Kuravilangad parish. Mar Chandy died in 1687 and was buried at Kuravilangad. It is believed St. Thomas ordained bishops and priests for the communities he established in India. But we do not have any historical record regarding the immediate successor of St. Thomas who ruled us. From 4th century bishops from Persian Church came and ruled us. ....... More

God, who revealed himself to human beings through various means, sent his own Son in the fullness of time and now He continues His mission through various chosen people. (Heb 1:1) He blesses mankind through them. God, when He called Abraham, said that he would be a blessing. The call of everyone, chosen by God, is to be a blessing. Archbishop Mar Ivanios was such a man chosen by God. His contribution to the ecclesial communion and reunion has paved the way for a new horizon in the Church. Mar Ivanios was instrumental in the renaissance of the Malankara Church. ........... More

5. Youth Ministry Within Indian Pluralism Towards a Youth Pastoral Plan for Peace and Harmony

An ideal Youth Ministry (YM) with a concrete Youth Pastoral Plan (YPP), following the proposals of the Synod on youth, 2018, noting the Indian situation, could be a legitimate contribution for the growth of all the Youth Pastoral activities in India. A dialogue of human experiences of God in context, is the intimate heart of the mission of the Church in the light of the Gospel. The foundation of YM, therefore, is based on the intercultural and interreligious dialogue (of life and faith) for universal unity through peace and harmonious living. ............... More